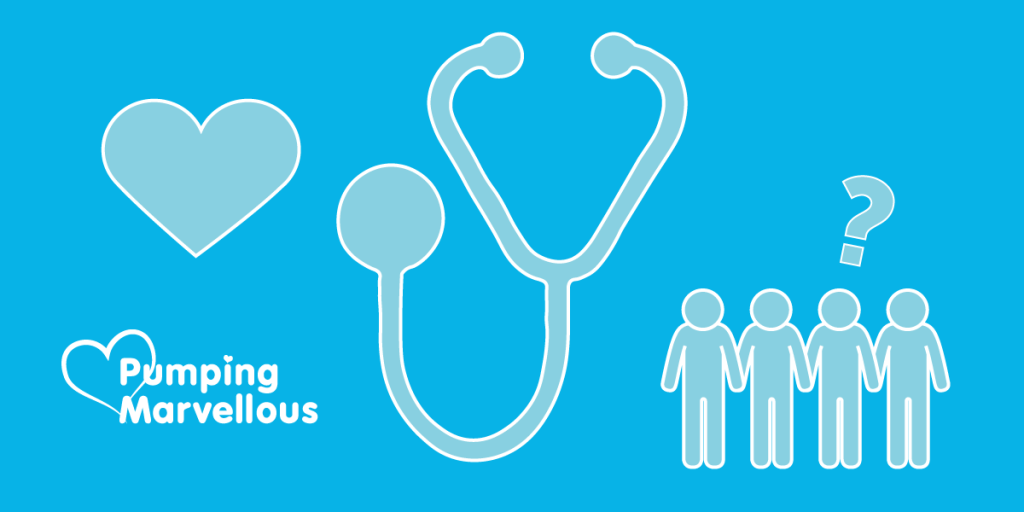 The Pumping Marvellous Foundation, a patient-led heart failure charity in the UK, finds that half of the UK is unaware of the symptoms of heart failure

Around 1 in 5 people in the UK currently live with heart failure,[1] yet new research released today has revealed some serious misconceptions and knowledge gaps about the condition.[2]

Pumping Marvellous, with support from St. Jude Medical, surveyed over 550 people in Britain and found that only half (49%) were able to identify swelling as one of the main symptoms of heart failure; the vast majority confusing the symptoms with those of a heart attack, and many mistakenly believing it only effects older generations. Surprisingly, 1 in 5 (19%) respondents believed heart failure to be a silent condition with no symptoms at all.

Heart failure is a serious chronic condition where the heart cannot pump enough blood to support the other organs of the body. The condition can affect all ages and although they may vary, some of the most common symptoms include a combination of fatigue, breathlessness and swelling.[3] However, the survey identified 57 years as the average age people are likely to develop heart failure and chest pain (89%), high blood pressure (81%) and irregular heart beat (78%) were perceived as the major symptoms.2

“It’s important for people to understand the symptoms and causes of heart failure, as undiagnosed heart failure can lead to serious health consequences,” said Nick Hartshorne-Evans, Founder and CEO of Pumping Marvellous. “Increasing awareness of heart failure and treatment options will ensure those at risk seek professional help as early as possible to help manage their condition.”

Within the survey, one in three (37%) respondents shared their belief that heart failure is a result of bad luck, indicating they think nothing can be done to prevent it. Furthermore, around 80% did recognise that life-style factors such as obesity, smoking, stress and lack of exercise could increase the chances of developing heart failure.2

Professor Martin Cowie, Consultant cardiologist and Professor of Cardiology at Imperial College, also commented on the results: “It’s encouraging to see there is some understanding that lifestyle choices are a factor in the occurrence of heart failure. Healthy lifestyle changes and developments in treatment options give hope that many people with heart failure can still lead full lives. It’s therefore important they and their carers fully understand the condition so they can work with their doctor to manage it properly.”

Dr. Mark Carlson, vice president of global clinical affairs and chief medical officer at St. Jude Medical, said: “Understanding heart failure is the first step in opening a dialogue between a patient and their doctor to get the right treatment. While it is concerning that half of the UK population are not aware of the symptoms associated with heart failure, we are committed to supporting charities such as Pumping Marvellous to raise awareness of the condition and helping physicians educate their patients on treatment options, in an effort to help them live life to the fullest.”

For more information about heart failure and the research: www.heartfailureanswers.co.uk.

Heart failure is a condition caused by the heart failing to pump enough blood around the body at the right pressure. It usually occurs because the heart muscle has become too weak or stiff to work properly. It can affect those of all ages and the main symptoms include a combination of fatigue, breathlessness and swelling.  The causes of heart failure are varied but the most common are heart attack, high blood pressure and diseases of the heart muscle (cardiomyopathy), which can sometimes be genetic. 3, [4] Although there is no cure for heart failure, symptoms can be managed through medication or medical devices so many individuals are able to continue to live full and active lives.4

Pumping Marvellous, with an educational grant from St. Jude Medical, surveyed 2,596 people across Europe, aged between 18 and 64, to determine their knowledge about the causes and symptoms of heart failure, compared to their knowledge of heart attacks. This included 557 people surveyed in the UK.

Respondents were presented with 13 possible symptoms and 14 possible causes for heart failure and heart attack. One symptom/cause was shown at a time and participants were asked to indicate as quickly as possible if they believed that the symptom was associated with the displayed heart problem.

About the Pumping Marvellous Foundation

The Pumping Marvellous Foundation (PMF) is the UK’s patient led Heart Failure charity. It was founded by a heart failure patient whose experiences whilst rehabilitating have shaped the Foundation’s goals and principles of a patient-centric charity focused on improved patient outcomes.

The beneficiaries are all people who suffer from heart failure together with their family and friends. The Pumping Marvellous Foundation’s goal is to deliver HOPE to its beneficiaries through the facilitation of better outcomes by cross-working and advocating the beneficiaries at a local, regional, national and international level; working hand in hand with commissioners and clinicians to deliver better pathways and be the patient voice of progression. Our services include patient driven solutions, created by patients guided but not policed by the Foundation available in printed and online format. The Pumping Marvellous Foundation is funded through donations and fundraising by individuals, support from the NHS and charitable organisations together with corporate sponsorship.

St. Jude Medical is a leading global medical device manufacturer and is dedicated to transforming the treatment of some of the world’s most expensive epidemic diseases. The company does this by developing cost-effective medical technologies that save and improve lives of patients around the world. Headquartered in St. Paul, Minn., St. Jude Medical has five major areas of focus that include atrial fibrillation, heart failure, neuromodulation, cardiovascular and traditional cardiac rhythm management. For more information, please visit sjm.com or follow us on Twitter @StJudeMedicalIR.