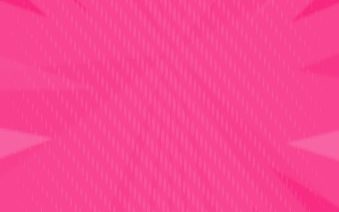 Tell us a bit about yourself

I am originally from Cheshire, but have lived in many places over the years, including Italy, which was an experience that transformed me completely. I now live in a small, slow town in Northamptonshire, where relationships have the time and space to grow.

I have always worked with children and young people who are ‘at risk’. After teaching drama for many years, I am now a support worker with adolescents who have medical and psychological needs.

My wife Teresa and I have been married for nearly forty years. From the start, we adopted her ‘Italian Way’ of living, so we think, speak and act like her fellow Italians from the south of her country. We have two grown-up daughters and one grandson. We get on well with their respective men, one of whom, Rhys, climbed up Mount Snowden on my behalf, for Parallel Hearts.

When did you first know there was something wrong with your heart?

I must have been born with congenital heart failure, but my heart murmur was not discovered until 1994. Following this, I was diagnosed with a coarctation of my aorta in 1995, which meant my heart’s main blood vessel was narrowing. Corrective surgery followed and all was calm until 2007, when cardiomyopathy was diagnosed. Yet more surgery followed to replace a leaking valve. Then I had a CRT (Cardiac Resynchronization Therapy with a Defibrillator) implanted to regulate my heart rate.

Well, an ablation to destroy scar tissue in my heart and a possible heart transplant could be on the cards, but there’s a lot of living to do before we get to either of those points!

Interestingly, according to an old medical book I was glancing through, I should have died by the age of 30 if that aorta issue had not been fixed. I was 40 when they found it so I am one lucky devil…!

How has heart failure changed your life?

Once the shock, fear and despair had had their moment in the spotlight and some basic acceptance had settled in, my life changed for the better. Accepting the possibility of sudden or slow death certainly sharpens your appreciation of the magic in every day, and just how precious people are – family, good friends and fellow heart-failure types.

Since discovering the ‘Pumping Marvellous Foundation’ (PMF), my life has been transformed to an even deeper level. The world-class advocacy of the PMF team and their mission to work with and on behalf of all heart-failure patients, through listening, supporting, researching and informing, has enabled this organisation to become a real champion! The patient-led support group, that is integral to PMF, is simply life-saving.

What is your role in the Pumping Marvellous Foundation community?

I make a small contribution by writing a regular column. My stories always have their roots in reality, but then explore the various issues of heart failure through a series of conversations with a fictional wolf character.

The inspiration for ‘Wolf’ comes from the Russian fairy tale ‘The Firebird’, a similar character in the book ‘Wolf Brother’, by Michelle Paver and a definite dash of the dog in ‘Family Guy’!

But Wolf has become almost real. He is always one step ahead of me, has a dark sense of humour, he loves a good coffee from Costa and is full of real compassion. He has become an admirer of everything that PMF stands for. He would cross rivers of fire for any one of the organisation’s members…

What advice would you give someone who thinks they may have heart failure or who has just been diagnosed?

Feel every emotion. Break-down, rage, scream, be unsociable and then, at your own pace, start to come back as a new person. Own all those new and startling emotions. Start to take charge and put yourself at the centre from time to time. Learn to be a warrior with the support of those around you. Laugh, cry, but most of all, live the way you want to.

“The most important hour is always the present. The most significant person is precisely the one sitting opposite you right now. The most necessary work is always love…!”- Eckhart Toll

Back to Parallel Hearts Project